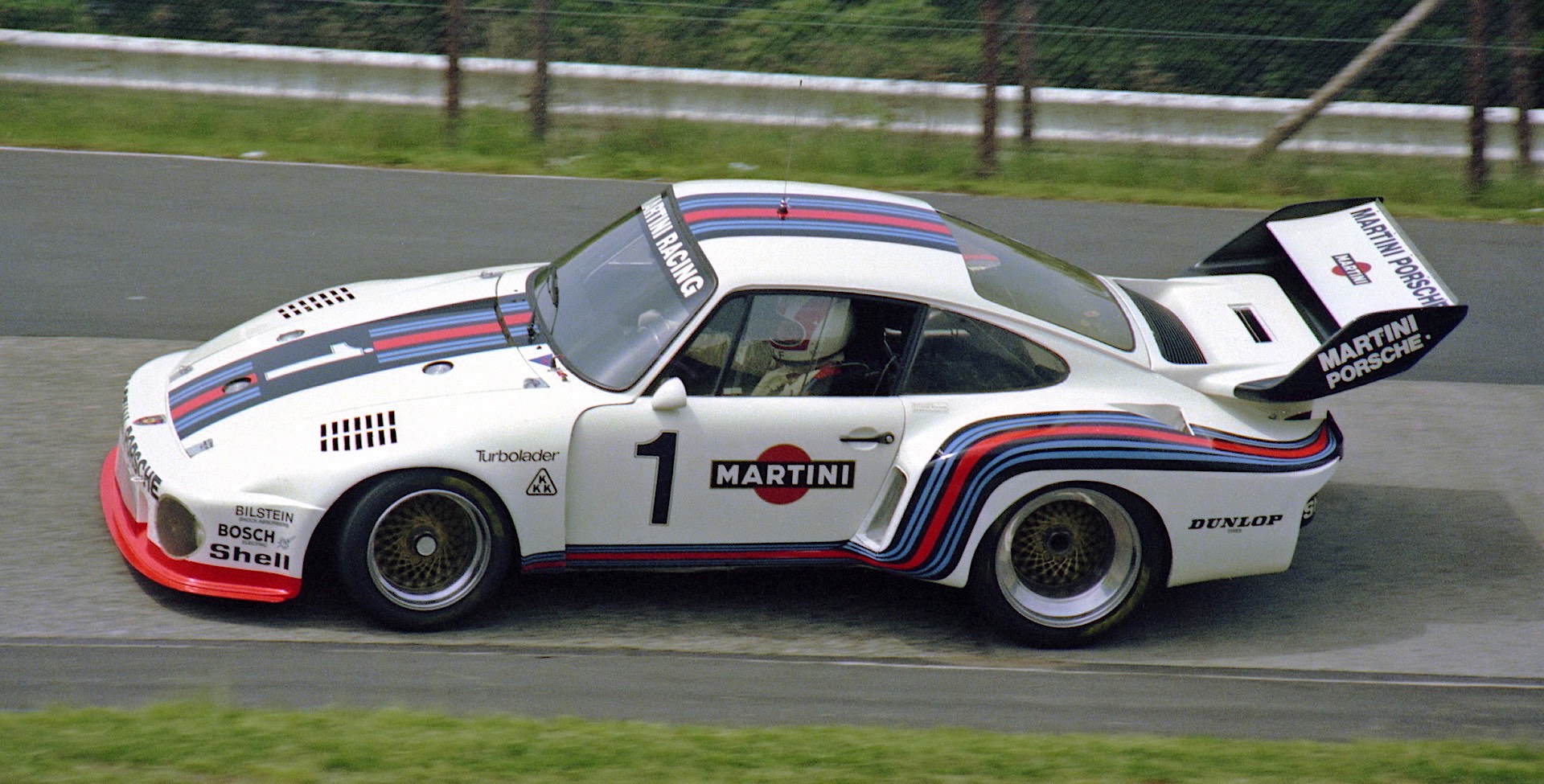 The inspiration for the 911 Flachbau models was the Porsche 935 racing cars. The 935 was introduced in 1976 as the racing version of the newly released 930 (911 Turbo) road car. It was derived from the 911 Carrera RSR 2.1 Turbo and intended for the FIA's Group 5 race series. Various engine displacements were featured including 1.4 litres, 2.85 litres, 3.0 litres, with later cars having 3.2 litres and twin turbos (up to 845 bhp). The first Porsche 935s that were raced had the standard front wing-mounted headlamps of the 911 Turbo. Norbert Singer had however discovered that a 'Flachbau' flat front design of the wings was legal in the rule book, which resulted in the low drag front end design of subsequent 935s including one of the first factory cars pictured above, as driven by Stommelen and Schurti at the Nurburgring in May 1976. 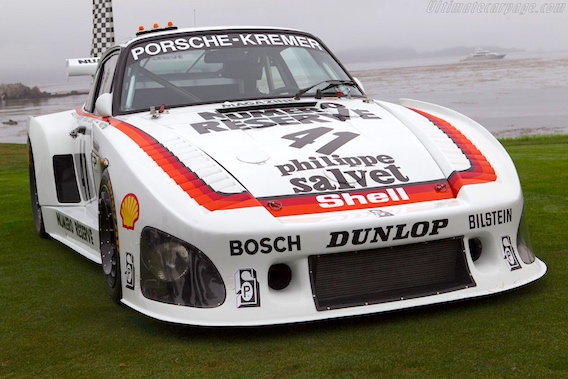 Porsche ran various derivatives of the 935 from 1976 through to 1981. The 935/78 nick-named 'Moby Dick' was designed for Le Mans and had Porsche's most developed engine, featuring water-cooled cylinder heads, 4 valves per cylinder and over 750bhp.

Kremer ran its own modified cars up to the mid 1980s with additional success in the US IMSA series. The most notable 935 race win was at Le Mans in 1979. Kremer won with their modified Porsche 935/K3, driven by Klaus Ludwig, Don Whittington and Bill Whittington. This car is now in the Bruce Meyer Collection.