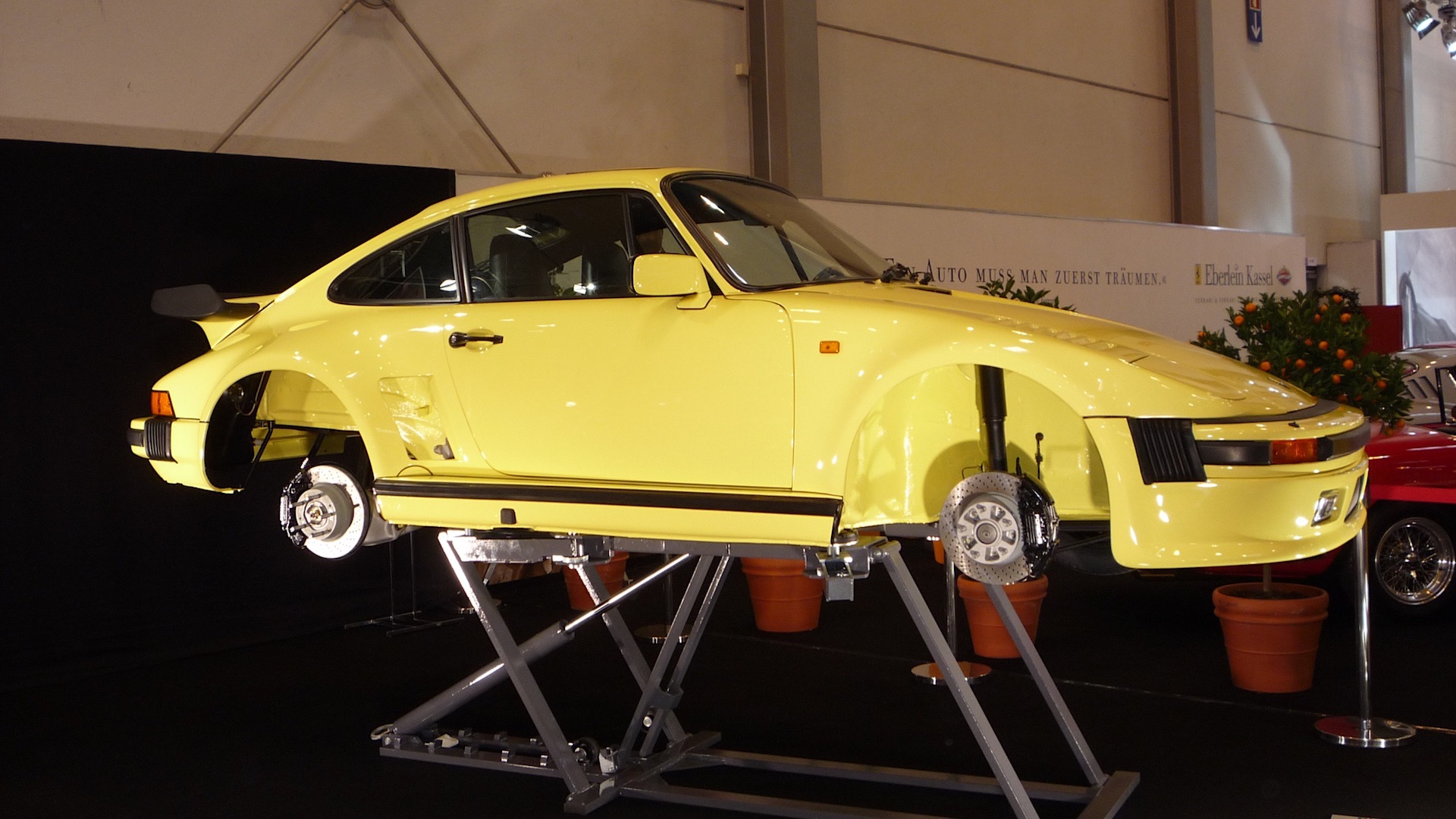 Inspect the exhaust, cross-over pipes and heat exchangers. These can be repaired though replacement with stainless items can be expensive. Listen for exhaust leaks / chuffing sounds. Although more rare on later 930s, this could also be a sign that head studs have broken (head to barrel leaks). Verify that the wastegate valve only opens under load (rev engine). Check for white smoke after engine has been running a few minutes. Turbo seals / bearings can require replacement / rebuild. Inspect the oil pipes to front oil cooler. These pipes are specific to Euro / non-US (M505) cars and run through to the front trunk/load space under custom-made fibreglass covers. M505 coolers are under rear right wheel arch (note standard 930s had them in the front arch).

The clutch is robust on later 930s, though wear / replacement usually means dropping the engine and box to do the job properly. Once the engine is up to temperature, check the gearbox synchros for wear. The 915 box is more agricultural than the later G50. If the box is reluctant to change up easily, it could be as simple as the linkage requiring adjustment.
Like the 3.2 engine, the 930 unit can also succumb to valve-guide wear on higher mileage cars, resulting in evidence of oil smoke. Check for engine oil leaks - oil pressure should be circa 56psi (4.0 bar). Minor leaks are not uncommon. Return tubes can be replaced easily.

If it is an early slantnose that you are evaluating (pre-1984), it is worth checking to see if the later oil-fed cam-tensioners have been retro-fitted. If not, this is definitely an advisable upgrade.

Normal brakes, suspension bush and damper checks apply - be wary of lowered suspension and potential for damage to front valance and wings. Caliper heat-soak is not uncommon on 930s and can warp the disks. Check for judder. Verify original part numbers on wheels – genuine alloys are now very expensive. Early cars will be sitting on 7x15 (front) and 8x15 (rear) fuchs alloys, and later cars on 7x16 (front) and 9x16 (rear) fuchs, unless optional BBS equivalents were ordered from the Special Wishes catalogue.

This buyers guide has been split into the main topic areas as follows:

Further information can be found on the Flachbau Forensics page offering a guide to authenticity (how to spot a fake flachbau).